Partnership with Carbon Positive for an Environmentally-friendly Future 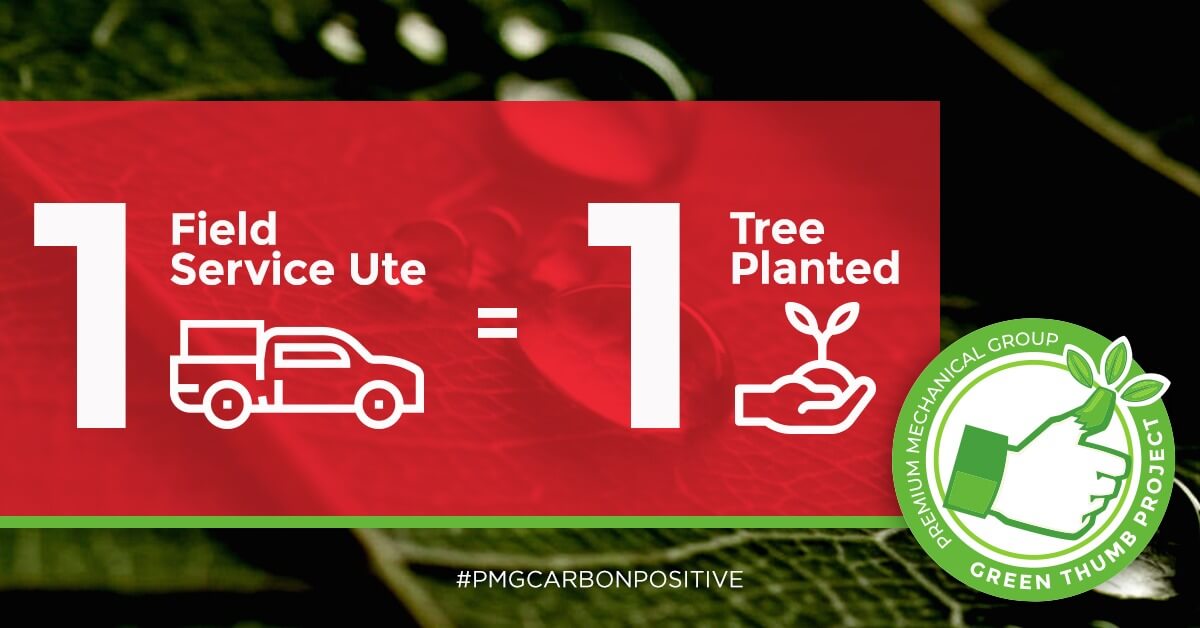 Partnership with Carbon Positive for an Environmentally-friendly Future

Premium Mechanical Group is excited to announce that we have launched our carbon emissions initiative to provide an environmentally friendly future.

Premium Mechanical has pledged to plant a tree for every field service ute that we have on the road, in an effort to reduce our carbon footprint.

Why is Premium Mechanical Group taking this step?

At Premium Mechanical, we put our employees first. A significant part of this is ensuring that our actions as a company reflect the values of our employees. The West Australian environment is important to us all. For many of us, the most precious memories with our family and friends were made having adventures amongst WA’s natural wonders. From the ancient rock formations of the Bungle Bungle Range, to pristine reefs of Ningaloo, to the giant trees of the Boranup Karri Forest, every inch is worth protecting.

In making moves to protect our environment, we are also securing the future of our communities. We want our children and grandchildren to enjoy the natural world in the same that we have. However, unless significant changes are made worldwide, this will not be the case. Therefore, the Australian government has committed to reaching net-zero carbon emissions by 2050.

What does ‘net-zero emissions’ or ‘carbon neutral’ mean?

The steady increase of carbon dioxide in the atmosphere since the industrial revolution, caused by fossil fuels, is directly linked to climate change. Also, the destruction of the natural environment caused by mining projects globally has led to a significant decline in biodiversity and increased pollutants in our water and soil. Resultantly, we have seen an increase in endangered species due to habitat destruction.

Premium Mechanical Group is excited to be a part of Australia’s journey towards net-zero emissions.

If you want to work for an environmentally responsible company that prioritises their employees, get in touch with Premium Mechanical Group today – apply here, and contact us through our website or by phone at 9314 7182.