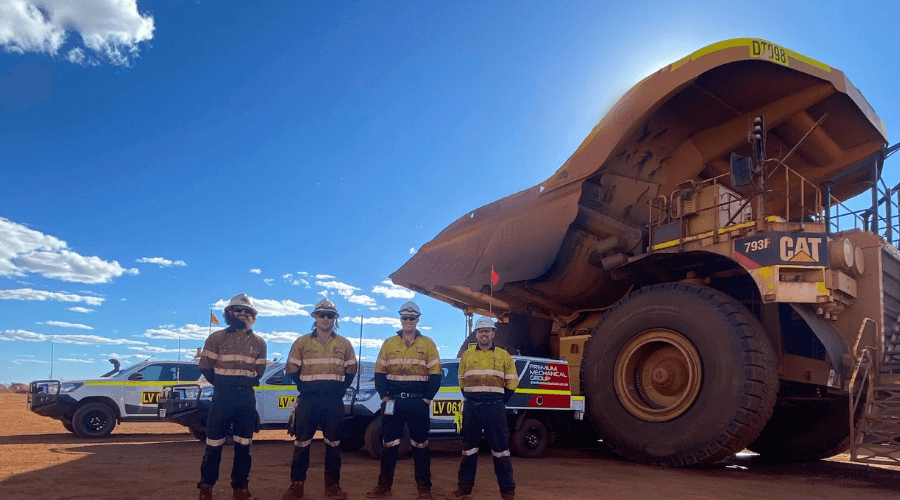 In the era of all-time low national unemployment, there’s no greater guarantee of stability or opportunity than in the mining sector, today and into the future.

With major influencing factors tipping the balance, now is the time to pursue a career in mining.

And who wouldn’t want to get a foot in the door of an industry which pays the highest average wages of $144,000 a year, compared to $94,000 across all other industries.

Mining jobs in Australia are being backed by some of its strongest forces of government investment, a shift to renewable energy and new technologies.

The mining industry is heavily favoured by government attention and investment on both national and state level, which is not surprising given mining contributes to more than 60 per cent of Australian export revenue, bringing in huge financial benefit.

The WA McGowan government has a number of ongoing and new initiatives to help bolster jobs in mining and flow on industries, including:

On a national level, mining continues to be a focal point with the 2022 federal budget announcement committing more than $250 million into the national sector. What followed was the opposition’s budget reply promising a skills agenda to deliver Australian mining jobs.

While there is concern over the long-term future of thermal coal, the push toward renewable energy is fuelling other emerging industries which are now starting to take off as massive demand begins to surge.

Lithium is one of those industries. Lithium is used in a range of products including lithium-ion batteries for energy storage systems, electric vehicles, laptops and mobile phones.

This growing demand is opening up mining jobs across Australia, in particular in WA which hosts five of the ten biggest lithium mines in the world. Lithium is at the start of its journey which is forecast to increase 10-fold in the next decade.

According to the McGowan government, the battery industry is predicted to create 35,000 jobs and contribute more than $7 billion to the national economy by 2030.

As well as new mining demands, advances in technology are also driving entirely new positions in occupations such as engineers, technicians and drone pilots – starting on a six-figure salaries.

At first thought, it may seem that technology is set to take over existing mining job positions, but in actual fact, for every job it may replace, two new ones are created in its place and these are often safer and more effective thanks to the help of new technology.

Technology is also opening up new, specialised computer and IT positions in the industry attracting a new generation of careers in the sector, adding to the already highly varied job opportunities already available in the mining industry.

Get a Job in Mining Today